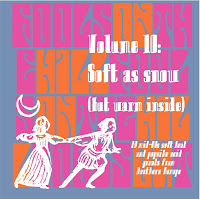 NEW FILE, you get 5 extra songs on this one. A seasonal offer with yet another strong volume in this series. Northern Europe was always more of a "beat" country as opposed to the more known "garage" sound. This, coupled with a great pop sensibility created a very specific sound.
Clean, often mid-tempo, with nice harmonies… quite far from today's Viking invasion. A quiet compilation for those winter mornings.

Get these fresh litlle beat ditties here
And don't forget to leave comments!

Thanks...but there are only 18 tracks in the zip file.

Thanks a lot ! Great idea for a comp as those bands' albums - whenever they recorded one - are often uneven or weak. But there are great nuggets to dig for inside...

Thanks for the prompt fix!

Thank you for your great work!

Discover the latest posts from your favorite music blogs at one place!!

Wow...nice selection on all the FOTH comps. Thanks for making my drive to work a little easier!

Thanks for these very nice cd's!
I like them.

Can't wait to listen to this! Great blog and thanks for all of the hard work putting this together!