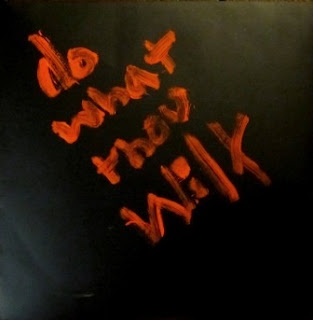 is there adowload link for this anywhere I cant seem to get it :O(

Read through the text, my friend. I don't write stuff just for people who want a quick DL link…

Glad you're back Fuzzy. Your first post couldn't be better...a truly rare LP that I would never hear if it weren't for you. Thanks a ton for bringing the music.

Here's a belated welcome back...and yr not afraid to be servicey either!

Nice post, there's only a couple of stand-out tracks on here, it's mostly pretty average stuff but not bad. I am more interested in how/why these vinyls get made. I have researched some of the tracks online found them on other comps including ones on CD. Are these vinyls put together purely as a profit-making exercise? Get some old tracks that nobody cares about, make them intriguing and alluring by packaging them up nicely with some mysterious satanic and 'rare - collectible' hype to get bids on e-bay?

Big thanks for uploading this. My copy just came in the mail yesterday...nice to be able to listen to it on-the-go too!

making money pressing 200 LPs? You gotta be joking!
You'd be glad to recoup your cost. Not forgetting all the BS with rights, etc.

Most of the tracks were total unknowns to me. I do think the FUYU song is a killer.

Some people also just like the vinyl touch, the object. I agree with them. If I buy something it has to be a nice object, either hand made or a box set… just a CD is not interesting.

Think of the FOTH series we host: quite blanky, it is an enormous amount of time invested. Do I make a penny out of them? Nope.
It's fun, it makes me discover stuff and makes me happy.

When you get into physical support, it costs money upfront… again you ca be glad to not lose money in the end.

That's why Dig the Fuzz stopped. When it becomes a drag and empties your wallet, the fun's gone and you're broke.

This was pathetic. Waste of time, as was the movie Psychomania.

Wouldn't mind seeing "Psychomania"… the synopsis looks quite bent and the OST isn't quite bad.

really digging these bangers man, but would you consider uploading to mediafire or multiload from now on? rapidshare sucks for anyone who doesn't pay to download, and isn't that why we're all really here? FREEDOM THROUGH 70S HEAVY PSYCH

Multiupload or sharebee could be an alternative… but Rapidshare is very dependable… just wait and click.

We don't host these files, so really, it is just a question of patience.

I guess you may want to put a facebook button to your website. Just marked down the article, however I had to make this manually. Just my 2 cents.

Lucifer is the work of Denys Irving not Peter 'Lucifer' Walker, take a look at wikipedia Lucifer (1970's rock band) or http://www.myspace.com/denysirvinglucifer

thanks so much for posting!!! people like you make the interweb so much fun!!!!

thanks for posting!!! people like you make the interweb a great place to be